Thirty Years of Protection Against Rust

The impressive skyline of Dallas is a symbol of that city's leading role in the powerful Texas economy. One of the landmark buildings in downtown Dallas is the NationsBank Building, which was originally constructed in 1964 as the Republic National Bank Tower. The steel channel curtain wall construction method was state-of-the-art at the time, and resulted in a striking structure that remains a modern beacon in the city.

The steel mullions (steel support brackets used as stress-bearing hangers for the steel channel curtain wall facade) throughout the building were galvanized with ZRC in the fabricator's plant. This saved the time and cost of hot-dip galvanizing. In addition, all welds in the Republic National Bank Tower were "touched up" with ZRC to provide rustproofing.

In 1990, a study was conducted by the building's new owners to determine if the tower needed to be "reskinned" with new curtain wall. It was determined that the building was in such good shape that no such expensive undertaking would be necessary.

Further proof of the power of ZRC was seen during a recent renovation done for a new tenant. An entire floor was "demoed out" to the walls, revealing the original steel structure. Close inspection revealed no rust in any of the steel mullions or hangers-- a full thirty years after the application of ZRC.

"We were amazed to find the structure in essentially the same condition as the day the building was dedicated," states Steve Anderson, property manager for Starr Realty, Inc. "The ZRC had certainly done more than anyone expected in preserving and protecting the steel and welds."

While 30 years is a remarkable record of rust prevention, time and time again ZRC has proven to be a long lasting solution to corrosion problems. ZRC provides superior protection thanks to its 95% zinc content, unmatched by any other cold galvanizing compound.

This high zinc content results in true galvanic protection against rust and rust creepage. The zinc in ZRC forms insoluble corrosion by-products, thus preventing rust from starting. These by-products fill voids and pores in the zinc primer film and form a barrier to further protect against attacks on the steel underneath. These by-products also inhibit the rusting process by increasing the pH level.

The owners of the NationsBank Building in Dallas are believers. Thirty years of flawless performance has proven beyond a shadow of a doubt that ZRC is the very best at protecting against rust and corrosion. 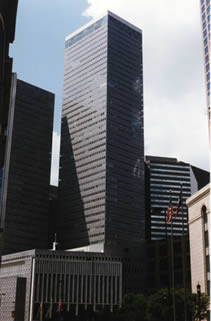 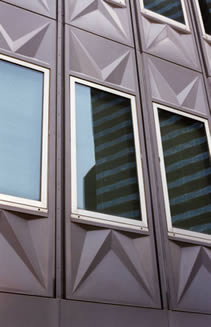