Because of its 95% zinc content and true cathodic action, ZRC protects exposed metal even when it is scratched or damaged. When zinc is in contact with iron or steel, the zinc slowly corrodes to galvanically protect the metal. As the zinc is sacrificed, insoluble by-products are formed, which fill voids and pores in the primer film. This forms an insoluble barrier which protects the substrate.

The metal fence surrounding Thomas Edison's famous research laboratory was erected in 1919. The West Orange laboratory was built in 1887, and more than half of the 1,093 inventions Edison patented were developed there. These include improved phonographs, the movie camera, the improved storage battery, the fluoroscope and rubber from the goldenrod plant.

ZRC was specified by the National Park Service to protect the Edison fence, and Deerhill Services, Denville, N.J., was selected as the painting contractor. There is 1,000 feet of 7-foot high chain link fence, and 100 feet of 10-foot high wrought iron fence and railings. Before work began, there were multiple coats of old paint and rust to be removed.

The specifications called for a Commercial Sandblast SSPC-SP6. ZRC was applied by electrostatic spraying. The topcoat is an acrylic polyurethane in the color Edison Green. Gary Stevens, president of Deerhill Services, projects "twelve to fifteen years of corrosion resistance from ZRC in this application."

The Custom House at the Salem Maritime Site was built in 1819. ZRC was selected to protect the metal brackets which support a wooden balustrade on the building's roof. The brackets were coated with ZRC in 1976, and sixteen years later show no signs of rust. In addition, there is an 1826 wooden eagle on the Custom House roof which is described in the Nathaniel Hawthorne classic, The Scarlet Letter. All the metal components (straps, support rods, brackets) of the 6-foot wide by 6-foot high 24k gold-leafed eagle were coated with ZRC in June, 1992. Despite salt air from the nearby Atlantic Ocean and severe New England winters, an extended surface life is anticipated.

The lighthouse of the Castle of El Morro was built in 1906. ZRC was specified to protect the interior spiral staircase, exterior metal walkway, doors, dome and weather vane when the lighthouse was repainted in June, 1991. It was applied to marginally prepared surfaces and topcoated with acrylic latex. Prior painting systems had only lasted six months before repainting became necessary. The 1991 ZRC coating was inspected ten months later (before topcoat application) and showed no signs of corrosion. 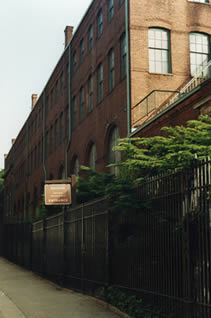 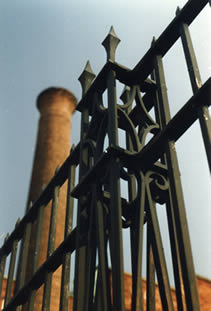